According to Portuguese newspaper “Expresso”, it was Isabel Duarte – a Portuguese top-dog lawyer on the McCann’s payroll – who told Lusa news agency her clients had “won” the lawsuit against Gonçalo Amaral  and awarded half-a-million Euro in compensation – sounds familiar?

In the immediate aftermath, Miguel Cruz-Rodrigues, Amaral’s lawyer,  told the weekly newspaper “Expresso”, that he knew nothing about the court’s decision. “So far we have not been notified by the court of their decision”.  Like his client he found it “very strange” that one of the parties knew of the decision, while the other had no knowledge of it (…)

Goncalo Amaral commented (with a smile): “There is no doubt the couple’s lawyers have very good connections within the justice system…” adding days later  “I find that the court’s decision is unfair and questions my right and every Portuguese citizen’s right to freedom of expression and of opinion. For that reason, I do not resign myself to the decision and I will appeal it until the very last judicial instance. If I am able to continue counting on your support, I will continue to fight within the judicial system for the Truth and the achievement of Justice. Thank you all”

“How was confidential information leaked to Isabel Duarte? Did Isabel Duarte obtain these documents illegally? Has Isabel Duarte breached legal protocol by passing unofficial documentation on to the press and most importantly, could this jeopardise the entire verdict?” (LaidBare) 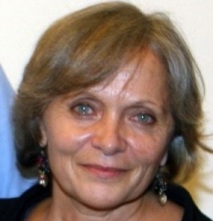 Surely, it must take a lot of nerve, for a judge in a lower court to criticize the decision of three senior judges from a higher court, where at least one of them, Prof. Dr. Alfredo Bruto da Costa – is a Full Professor at the University of Lisbon Faculty of Law, a former minister and a Councillor of  State  (…)

Was it intelligent, for a lower court judge, to go against a senior, appeal court’s ruling? We don’t think so but who are we? Please read the following extract from the appeal court judges decision  …

“The book at stake in this process – “Maddie – The Truth of the Lie” which was written by the defendant Dr. Goncalo Amral, has the main motivation of defending his personal and professional honour, as the author points out right away in the preface and throughout his text.

The contents of the book does not offend any of the applicants’ fundamental rights.

The exercise of its writing and publication is included in the constitutional rights that are secured to everyone by the European Convention on Human Rights and by the Portuguese Republic’s Constitution, namely in its articles #37 and #38.

As we arrive at this point, we conclude that the decision that ws made by the Court a quo must be revoked, and the analysis of the other issues that are placed under appeal are not justified, as they are considered prejudiced.

The appeal by defendant Dr. Goncalo Amaral is sustained.”

We can only assume judge Maria Melo e Castro sentence was nothing but a (somewhat unconscious) exercise in reputation management on behalf of the plaintiffs – thus revealing how Britain economic, political and  cultural hegemony rules the brainwaves of Portuguese elites – like an episteme* (…)

The next paragraphs are a selection of opinions from analysts who have followed this case from its inception: (click underlines for more details)

“(On what the judge) disagrees, with us and the Appeals Court, is that (any) legitimate and legal right that Mr Amaral has, should be silenced when in conflict with the legitimate and legal rights the McCanns’ have to a good name. Basically she (the judge) is saying that the McCanns’ are entitled to an immaculate reputation while agreeing that Mr. Amaral’s is of little importance compared to theirs” (Textusa)

“Make no mistake, if the coffin hadn’t been nailed shut with the Scotland Yard investigation, this is solid evidence that there is collusion between the Portuguese and British governments, that there was pressure on the judge to rule in favor of the McCanns and against freedom of speech in Portugal.“(Pat Brown)

“Gonçalo Amaral was a policeman, a public servant working for a justice system that has failed to free itself from the pre-1974 dictatorship and responds, as it always did, to backstairs intrigues of the sort plotted and paid for by Duarte and Gerry McCann. It is this tragedy that he believed, and apparently still believes, in that justice system even though it has stripped him of his possessions and condemned him to six years of mental and emotional bastinado at the behest of a couple of foreigner chancers”(John Blacksmith)

“The decision to award the sum demanded was based, not on the evidence heard, but an essay in Jurisprudence, researched by the arbitrator herself, in which Gonçalo Amaral is portrayed as a public servant subject to restriction, as thought he had signed the Portuguese equivalent of the Official Secrets act (…) based upon legal precedent, apparently, we have the duty of a public servant (and others) toward a suspect under investigation, levied against a man no longer in public office, and on behalf of two people who are not suspects, not being investigated, and in no imminent danger of standing trial for anything at all. Does that make any sense?” (Dr. Martin Roberts, Ph.D.)

So far, at least one Portuguese journalist – João Pinto Costa from the weekly “Sol” – risked prosecution by the McCanns’ by exercising his constitutional right to an opinion. He wrote:

“The former inspector of the Judiciary Police  was condemned to pay a huge sum to Madeleine McCann’s parents on the grounds of the publication of his book “Maddie: The Truth of the Lie”. Well, at last we have found a person who is not going to profit one cent with the disappearance of the English child.

The court ruled in favour of the parents in spite of the fact the former inspector had written about what were essentially facts. So, after weaving less than favourable remarks about Portugal, the British couple were allowed a second round of laughter at our expense ”

João Pinto Costa: A perceptive journalist with a modicum of courage.

Meanwhile, we read that the aristocratic judge accountable for this judicial blunder (Dona Maria Emília Guerreiro de Avillez Melo e Castro) had recently been appointed a trainer judge but, could she have been relatively young (DOB 27/07/70) and inexperienced for the role of a discerning  judge in such high-profile play? Alas! What do we know!

Her Ladyship’s ex-cathedra views – as it were – could have been what the Portuguese call  a decision “para Inglês vêr” – literally “a decision “to impress the English” – in other words; “pulling the wool over someone’s eyes…”. Please draw your own inferences.

Remember last time the McCanns’ walked out of court scot-free with a smirk on their faces?

They did so courtesy of another well-to-do, relatively young judge (Maria Gabriela Abrantes Leal da Cunha Rodrigues) so, whether this new “joke decision” (quote)  will stand up on a more mature and discerning court of appeal that, remains to be seen.

We do know what happened to judge Maria da Cunha Rodrigues’ “velvet gloves decision” when more experienced and knowledgeable judges, at the Appellate Court looked into the case. Gonçalo Amaral’s book went straight back on sale! See here

Now, seen from another perspective, judge Maria Melo e Castro decision to allow the well-connected British couple, to pocket another half a million – this time from the ailing Portuguese economy – AND to pass a financial death sentence on one of her own countryman, suggests Scotland Yard’s media stagings in Praia da Luz,  did manage to impress the subservient Portuguese elites and ipso facto, influence the well-to-do Portuguese judge’s decision.

Pat Brown, the well-known, no-nonsense, American criminal profiler, had this to say about Scotland Yard running such errands on behalf of the British government and we quote:

“History has numerous cases that are examples of both all of these issues; the Madeleine McCann case is just one example of an investigation that is ignoring the evidence (which does exist) in favor of some purpose other than properly solving the case.”

Whatever cynics might argue and experts might say, unless this decision is reversed by a discerning court of appeal – as it was the case last time – allowing two neglecting parents, first to walk out of the country scot-free and then, years later, come back to be awarded half a million Euro in compensation, sets a serious and sinister precedent.

This is a one-sided decision that if standing, risks to turn Portugal into a laughing stock. It throws the Portuguese Constitution into disrepute and jeopardizes the hard-fought freedoms won by the Carnation Revolution almost 41 years to the date.

It is all vaguely reminiscent of what happened to journalist Carlos Cruz who, to this day, remains incarcerated on  the grounds of what the sentencing court** described as  “a resonance of truth” –  the truth of a number of liars, to be precise. No pun intended. 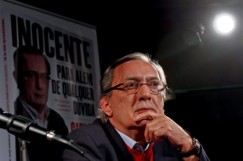 Journalist Carlos Cruz: incarcerated – and for the past three years – awaiting  rescue by the European Court of Human Rights.

Dr. Gonçalo Amaral:  Another high-profile victim of the ineptitude of  certain judges ?

(*) The term “episteme” which Michel Foucault introduces in his book “The Order of Things”, refers to the orderly ‘unconscious’ structures underlying the production of (…) knowledge in a particular time and place. It is the ‘epistemological field’ which forms the conditions of possibility for knowledge in a given time and place. It has often been compared to T.S Kuhn’s notion of paradigm.
(**) Oddly enough, there seems to be at least one Portuguese judge associated with both cases – a certain Ms. Amelia Puna Loupo. It seems that in both instances her sentences have been criticized by other  legal experts and senior judges (see previous link).